Bat in the Pomerantz 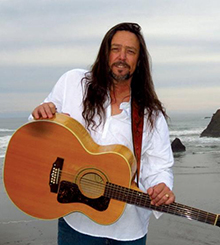 These are the adjectives most commonly used to describe the Singer/Guitarist from New Mexico, whether they are talking about his voice or his guitar playing. Now in his fourth year as a Solo Performer on the National stage, Bat leaves quite an impression wherever he plays. In addition to guitar & banjo, Bat learned to play drums, piano, and bass. He has an amazing ability to cover almost anything from Rock, Folk, Country, Soul, Metal, and Oldies catalogs. His songwriting is acclaimed worldwide, has been featured on TV shows like “Pimp My Ride,” and has won National songwriter grants from ASCAP 2 years in a row. His songwriting style crosses all borders, with heavy influence on melody, vocal strength, and amazing guitar passages. While they are very catchy tunes, he studiously avoids writing the type of formula songs that dominate commercial airwaves.